In the euphoria ahead of the 2010 FIFA World Cup Maggy Machumele decided to turn her a modest home in Nkowankowa township into a bed and breakfast establishment. She was spurred on by the fact that the Nkowankowa stadium, about 2km from her home was going to be used as one of the many public viewing venues.

Her establishment, Ka-Hina Guesthouse is along a busy main road cutting through the Limpopo township. With walls painted a bright orange and a well-manicured garden it stands out in the kasi landscape. 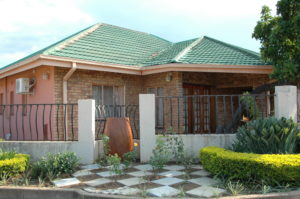 Recently Machumele was among tourism operators who received donations in the form of sanitizers and other material from the government to help their establishments cope better with
covid-19.

MEC for the department of environmental affairs, tourism and economic development Thabo Mokone raised concern that SMMEs were not taking advantage of the government’s covid-19 relief support resources.

Machumele said this gesture showed that government is serious about levelling the playing fields in the sector by supporting small operators who would otherwise not be able to afford some of the equipment.

Recent data by the United Nations World Tourism Organisation shows that women make up the majority of the tourism workforce (54%). However, it also noted that women in the sector are also often concentrated in low-skilled or informal work. “This means that they are feeling the economic shock caused by the crisis more acutely and quicker than their male counterparts,” the report, Inclusive Recovery Guide for women in tourism compiled to mark International Women’s Day last month says.

Machumele whose clientele includes business people, legal professionals who come to conduct business at the local court and general tourists said the business suffered as a result of the covid-19 pandemic lockdown.

The UNWTO noted that last year’s lockdown resulted in the lowest tourism travel figures since World War II. Machumele said the government’s covid-19 relief fund has helped the business to survive and that the number of visitors was picking up again after the country’s return to alert level-1.

She employs three full-time workers including her son who is the general manager and earns a salary like all other employees. Although she has not applied for grading by the tourism and hospitality authorities and she is operating from a township, Machumele says this doesn’t translate to a lowering of standards.

The spotlessly clean establishment offers amenities found in hotels and lodges at the top end of the market, including air-conditioned rooms, satellite TV, a bar fridge and a safe environment. 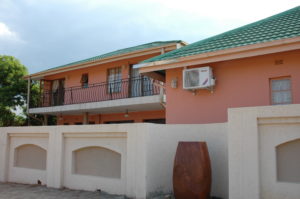 Machumele hopes to grow the establishment by acquiring more land elsewhere in the township.
– Mukurukuru Media

27
No Result
View All Result