by Tebogo Mokwena
in Small Business
64 1
0

Women business owners received less support than their male counterparts during the Covid-19 pandemic, according to Women Entrepreneurship Day Organisation (WEDO) South African ambassador Nokuthula Magwaza. They also sacrificed more time to care for others to their own financial detriment.

Magwaza said that data from the World Bank warned of dire consequences if these issues were not dealt with. “The uneven support and share of care have gone hand-in-hand with a greater risk of women-led businesses closing down, as new data by the World Bank shows,” she said.

“This has raised concerns that Covid-19 could undo years of progress for women entrepreneurs.” WEDO sought to address these concerns by lobbying the government to step up its efforts to support women. It was founded in 2013 as a non-governmental, non-profit organisation that works globally to empower women and girls to become active participants in the economy. 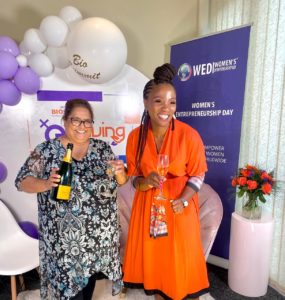 This was why in South Africa, WEDO’s goals also included facilitating and engaging in key conversations relating to the advancement of women and placing the spotlight on key challenges and barriers impacting women entrepreneurship.

“We have achieved a representation in half the number of provinces in South Africa, where City Ambassadors are working with local government and mayoral offices to orchestrate needed support for women in business, offering networking circles and forging inter-business trade and referrals,” she told Vutivi News.

“It is this kind of ground-up focus that advances women in business, thereby activating “Women Day is Everyday” awareness, highlighting the role that women in business play in driving economic development in South Africa while urging government’s intervention to fund women-owned businesses to scale up into big businesses.”

Magwaza said that this year, they would continue to drive WEDO representation in every province and lobby the government to declare 19 November an official Women Entrepreneurship Day. Magwaza owns marketing and communications agency Bloom Marketing. She is also the founder and head coach of Bloom Inside Out, a training programme that empowers and prepares women entrepreneurs to participate meaningfully in South Africa’s economy.

77
No Result
View All Result