While Gauteng Premier David Makhura has praised the provincial government for helping build the township economy, Township-based enterprises believe much more needs to be done. Vutivi News spoke to some of these businesses following Makhura’s State of the Province Address on Monday. They say government services for SMMEs need to be ramped up in townships as it will localise support and put an end to small business owners driving long distances to access these services.

In his speech, Makhura said that R5.6 billion was spent on women-owned enterprises and R6.3 billion on youth-owned enterprises. He also said that 56 township businesses were incubated successfully at township-based eKasiLabs. One of the business owners who participated in this programme was Phumzile Mthembu. 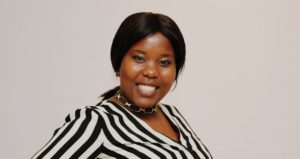 She said that the Thembisa eKasiLab Innovation Hub helped her business develop from an idea to a finished product. Her business, Ingcweti (Pty) Ltd manufactures PureB Baby Care, which is a skincare product for babies. “I registered my business in 2018 and started trading in 2019. The eKasiLab helped me by assessing my product and assisting me with product development,” she told Vutivi News.

“They also helped me with clinical and dermatological testing, and I am now supplying two pharmacies in Ekurhuleni.” But for Rib Plug co-founder Zanele Sithenjwa, whose business operates in Emndeni in Soweto, it is a different scenario. She criticised the Gauteng government for making it difficult to access its services. “If I want to get training for entrepreneurship from the National Youth Development Agency, for example, I have to travel to the Johannesburg CBD simply because there is no NDYA office in Soweto,” said Sithenjwa.

“Government should make more efforts in making such service providers available in the townships. They should also consider using platforms like WhatsApp for entrepreneurs who cannot afford to travel so that they can make applications virtually instead of having to go to the agencies physically.” Samuel Mazibuko, whose iTaxi Ubuntu App e-hailing platform also operates in Soweto, shares the same sentiments.

“Sometimes if I want to send a proposal to a MEC’s office or to government, (but) I do not get any feedback, and I have to travel all the way to the CBD for essentially nothing,” he said. “They should be able to create a platform on services like WhatsApp where they can communicate effectively with businesses.”

Makhura also reiterated in his speech that the Township Economic Development Bill, which is yet to be passed into law, sought to create a legal framework for provincial government and municipalities to support the development of township real estate, turning taxi ranks into business hubs and providing infrastructure in township high streets or commercial nodes.

Mazibuko said that this would go a long way in linking township businesses with centres like taxi ranks. “For example, the Bara taxi rank sees around one million commuters per month, so if they have measures in place to say that businesses can legally be part of taxi ranks, those commuters will be able to support other small businesses, thereby contributing to the growth of the township economy as a whole,” he pointed out.