The bottled sour porridge is favoured in the townships

Sethosa is happy that his brand is sold at some shops

Former comedian Tshepo Sethosa’s branded and bottled sour porridge is proving to be a favourite among township residents. This has resulted in a level of success that he did not anticipate and one of his greatest achievements is seeing his porridge in shops’ fridges next to well-established brands.

“It makes me feel honoured that I am able to compete for space in a fridge with these brands because to me it means that I have reached a level where my growth will be shown,” he told Vutivi News. When Sethosa launched his product called Last Number in 2020, he started the business with a budget of less than R500. 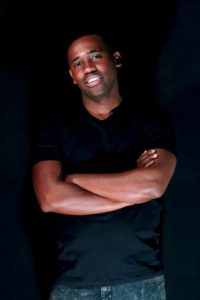 “Times were really tough because as a performer you live hand to mouth and during the lockdowns, there weren’t any shows. I still had some money left saved and I was able to purchase the ingredients that I needed,” he said. Sethosa said that thanks to his family, he had a supportive start to the businesses. When he started off, he spent his morning waking up very early to sell on the streets of Johannesburg near the Noord Taxi Rank.

“My family would accompany me, help me set up and sometimes help me sell the porridge,” he said. “I started selling for factory workers and it became a hit because they would be in a rush, so drinking something like sour porridge works for them. In 15 minutes, the pot would be empty, and when this continued for some months I decided to bottle and package them.”

And this, according to Sethosa, introduced him to a whole new way of supplying his product. “The first time I sold the bottled sour porridge, I had made 15 bottles as a sample and in less than 30 minutes I had already sold out,” he said. He then started distributing the sour porridge drink in township-based establishments like spaza shops and butcheries across Gauteng.

Sethosa also continues selling on the streets of Joburg, where on a good day he sells 100 units of Last Number. Sethosa believes that his product is successful because it triggers the childhood memories of his customers. “It reminds people of pleasant memories of their grandmother or mother during their childhood, where they would be fed sour porridge early in the morning,” he said.

Sethosa said that throughout his new journey he has not been dissuaded by criticism from other people. “I know that I am building an empire for my children,” he said.