Chauke worked hard to build a clientele through out the country

When Mehleketo Chauke first started his business, it was to feed himself and pay for his university fees However, when he discovered that he had a passion for being a “hustler” and inspiring others to do the same, Chauke put all his energy into ramping up his clothing startup.

Chauke, who is originally from Malamulele in Limpopo, currently runs his clothing brand, Black Hustler, from Tshwane. The label was launched late last year, and he already has customers from across the country. Black Hustler supplies hats, T-shirts with inspirational quotes, hoodies, tracksuits and women’s tights. 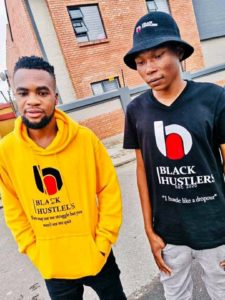 “Contrary to popular belief, the name Black Hustler does not mean that this business is for black people only,” he said. “I chose the name because I wanted to send the message that we as black people must aspire to hustle even when we are in the darkness until the light begins to manifest. It is meant to inspire those that cannot get a job, like myself,” he said.

“I wake up every day and ask myself how I am going to improve my business and how I am going to make my customers happy? This is why I chose to print inspirational quotes on the T-shirts, so that the youth can be inspired.” The Tshwane University of Technology graduate said that when he started out, not many people were inclined to buy his brand.

“On the first week, I only sold one T-shirt. However, I did not give up. I realised that I was restricting myself to one area and I had to expand.” 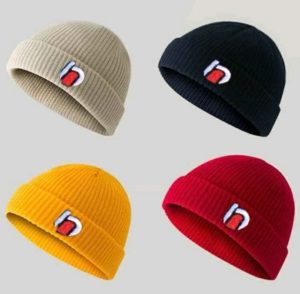 Chauke said he decided to punt his brand on social media such as Twitter, Instagram and Facebook. “I also started selling on the street corners, at taxi ranks and at marketplaces. People started noticing my brand,” he told Vutivi News.

Soon enough, orders started coming in thick and fast. “I started getting orders from around the country because people started seeing my brand on social media. I (ended) up delivering them via courier. I couldn’t believe how much progress I made,” he said.

But there have been challenges.

“Customers would sometimes order clothing and then refuse to pay for it afterward, claiming that they do not understand why they have to pay for something they already wore,” Chauke said. “Sometimes they complain that they cannot afford the courier, so I propose to them that I pay half of the courier and they pay the other half.”