The paste is made from vegetables

Experimenting in the kitchen with chilli paste was the spark for Thembi Kodisang’s business. Barely one hour after giving it to friends and family to taste, the orders for Teekay’s Chilli Paste started coming in hot.

Kodisang, who is originally from Jericho in the North West, but is now based in Soshanguve, north of Pretoria, launched her business during the lockdown in June last year. “When I started, I didn’t think I would go this far. I was just looking for a paste I could use for cooking. I saw the potential, especially after using it several times. I gave it to friends and cousins to taste for feedback,” she said. 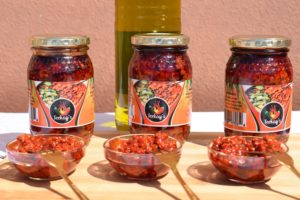 “They tasted it and immediately after that, I had three clients on that day. In the first week, I was already supplying shisanyamas in Tshwane.” She told Vutivi News that her chilli paste was made from vegetables. “I use fresh chilli, pepper, grated onions, garlic, ginger, special spices and oil. The paste can stay for as long as four months as long as it is in the fridge and is bottled,” she said.

“I wanted to do away with normal atchar and opted for something hot and flavourful… something that can be put on the side like sauce. The paste is tasty and goes with any food. It can be added while cooking and is said by customers to be perfect for stews, gravy and chakalaka.”

Kodisang said that currently customers ordered her paste via WhatsApp and over the phone. “I deliver around Gauteng and the North West in Brits where most of my customers are.” While money and her workspace have been a challenge, she told Vutivi News that rebranding her chilli paste in November helped her business grow and she started supplying more butcheries.

“I changed my packaging and branding so that my business can look more professional and appealing,” she said. “I used to use plastic containers, but now I use bottles and it helps my business a lot.” 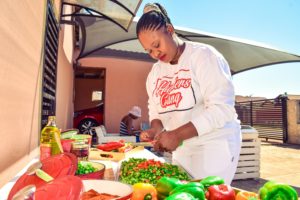 “I learned that you need to know your clientele, be patient, and know how to deal with people,” she said. “I would advertise my business at other shops and some of them would express no interest in my product. I… ask what I can improve on so that they can hopefully stock my product in the future.

“My clients also sometimes give me feedback on the product, and I incorporate that into my recipe so that it tastes better for them.”