Government is aware of the structural deficiencies

The Trade, Industry and Competition Department is aware of the shortcomings of the Special Economic Zones (SEZs), including that not enough SMMEs are involved in construction projects, and says it is making a concerted effort to address them. However, despite the number of problems, departmental acting director-general Maoto Molefane said the SEZs have notably contributed to jobs in their regions.

He was speaking following the release of the report from the Southern Africa – Towards Inclusive Development (SA-TIED) initiative titled: “A Platform for evidence-based policy formulation.” It identified underlying issues that were preventing the country’s 11 SEZs from exploiting their potential as drivers of growth. 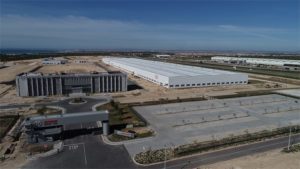 These included inadequate infrastructure and weak local supplier capacity. Molefane told Vutivi News that the responsible policy authorities were aware of the structural deficiencies. “To this effect, the DTIC established among other things, a dedicated Special Economic Zones Fund that has sought to serve as a catalyst for developing pro-industrialisation platforms such as bulk infrastructure as well as top structures,” he said.

“Whilst government has made concerted efforts in ensuring that the socioeconomic impact of the SEZ programme is optimised, a few performance areas of concern have been identified and these are being attended to accordingly.” The report also stated that South Africa’s SEZs were underperforming relative to their international peers, and this was in part due to “key design attributes” that were missing, creating problems in the implementation of the SEZ programmes.

Molefane said that the programme’s shortcomings were mainly around capacity constraints. “Having identified some of the programme’s shortcomings, (the department has adopted) a new approach for developing SEZs in South Africa,” he said. “These include strong involvement of national governments which involve the establishment of a dedicated Project Management Unit to provide technical support to struggling SEZs, developing a strong collaboration with the private sector and collaborative planning and development across and within spheres of government and the private sector.”

Molefane said that so far more than R21 billion had been invested in SEZ operations, creating more around 19,000 direct jobs. “Given their greater marginal propensity for job creation (when compared to large companies), due consideration has also been given to SMMEs in the construction of the SEZ-related infrastructure, albeit these types of opportunities are only short-term,” he said.

“Varied efforts are currently being pursued with a view to ensuring that there is meaningful participation by SMMEs on the critical economic activities being undertaken by SEZs.” The report was released last week and can be found at https://sa-tied.wider.unu.edu/article/platform-evidence-based-policy-formulation-lessons-sa-tied