Bodiba specialises in furniture made from wooden pallets

When Thapelo Bodiba was growing up, he dreamt of being in the army. But after applying multiple times without any success, he eventually turned to woodwork. Bodiba, who founded MP Furnitures in Soshanguve, Tshwane, last year, told Vutivi News that every day he was excited to get to work. 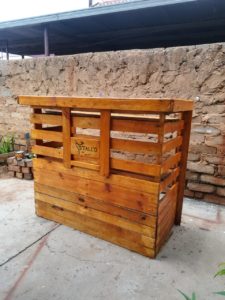 His business specialises in furniture made solely from wooden pallets, including couches, TV stands, shelves, coffee tables, garden benches, wardrobes, kitchen units and shoe racks. “When I started the business, I had long given up on the idea of being in the military and was working in the restaurant sector,” Bodiba said.

“The business was meant to be a side hustle, but the demand for my furniture increased so dramatically that I could no longer work and run my business, so I eventually left my job and focused on my business.” Bodiba has made furniture for customers in Gauteng-based areas including Soshanguve, Mabopane, Mamelodi, Hammanskraal, Centurion, Menlyn and Attridgeville, as well as Polokwane and Rustenburg.

Bodiba said that he loved the creativity of his craft. “I also enjoy the fact that I can come up with my own unique designs, which is something I challenge myself with on a regular basis. I always aim to perfect my craft and with each successful job I endeavour to be better than the previous project,” he said.

“I get anxious to wake up in the morning and be at my workshop where I am happy, and I feel like it is where I am supposed to be.” Unlike other people who crumbled under pressure, the businessman told Vutivi News that he faced challenges head-on as they strengthened his character. These included difficult customers and workers with unrealistic expectations. 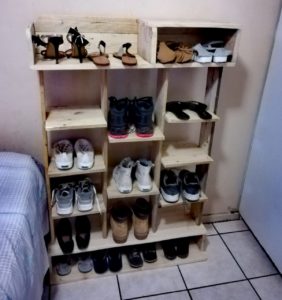 “Sometimes customers would show me a picture of a piece of furniture they desire, such as a TV stand, for instance. They would expect the product to be made in the exact likeness as the one they saw, even though there are minor differences like the dimensions of their living room or the weight of their electronics,” he said.

“I make it a point to tell them that they have to give me full specifications so that I can design the TV stand according to the specifications.” Another issue was employees who demanded higher wages than they agreed on.

“In the past, someone would offer me their labour for a certain amount, and we would enter a verbal agreement and when they realise that I have made more profit than they expect, (then) they start demanding higher wages,” Bodiba said. “I have now resorted to written agreements so that they can be bound by the contracts they sign.” However, for Bodiba, these are ultimately minor issues. “I love what I do and if all goes according to plan, I would like to supply the whole country with my craft by the end of the year,” he told Vutivi News.

79
No Result
View All Result