The true spirit of enterprise is embodied in Small businesses 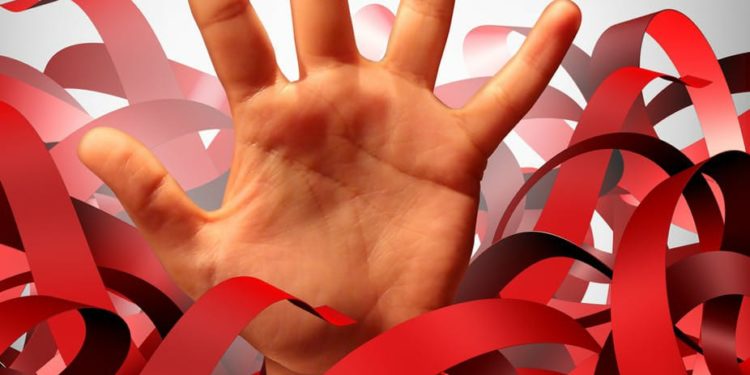 The biggest stumbling block to entrepreneurship and a growing economy in South Africa is government red tape and a restrictive policy environment, and the Small Business Institute is challenging the business sector to tackle the challenge.

This is contained in the institute’s latest report, “Tackling the ‘Disabling Environment’ to boost Economic Growth, Small Business and Jobs”, released jointly with the Small Business Project, a research and policy advocacy group, last week.

The SBI is now calling on business to launch what it calls a ‘Reduce Red Tape Challenge’.

“A practical way to set the agenda for red tape reduction is for business to sponsor and run a “reduce red tape challenge”—a public call to business and especially small business owners,” the institute wrote in the report.

“For the very first time in South Africa, a “reduce red tape challenge” will provide the opportunity to crowd-in the voice of small business owners (formal and informal) in one of the most critical factors that constricts their enterprises to form, run and grow and employ more people.”

The Red Tape report is part of a series in which the SBI and SBP have partnered to research the operating environment faced by small business and identify the issues that hinder its growth.

“It is in SMEs (small and medium enterprises) where the true spirit of enterprise is embodied,” the report reads.

“Under the right conditions, a vigorous and thriving SME community can enhance competition, entrepreneurship, job growth and spur economy-wide efficiency and innovation.”

South Africa’s dire economic statistics — 42.6% unemployment, the economy contracting by 7% for the year 2020 according to Stats SA— obscure the human tragedy of a deteriorating economy, specially felt by the SMME community, the SBI said.

“Thousands of small businesses shut their doors, or to survive had to retrench staff they had employed for years.

“A new course of action is desperately needed.

“To get that action requires a government that understands, and sincerely acknowledges, that government is not the proximate cause of growth.

“That role falls to the private sector, to investment and entrepreneurship responding to market forces,” the report reads.

The SBI identified that the key enabling factors for private businesses—both large and small—include efficient government regulation and political, policy and macroeconomic stability amongst others.

“The travesty of adding layer upon layer to laws and regulations without due consideration and analysis of their impact is that it not only affects the ability of business to do business and add value to the economy, but it also constrains the business of government—delivering service to all South Africans,” the SBI said.

“Red tape happens when government administrators lose sight of the rules, regulations and procedural functions and misapply them, or it results in a mismatch between the regulatory intention and administrative processes to implement them.”