Small farmers have to be part of the value chain

For small-scale poultry farmers to take full advantage of the poultry sector’s value chain, there must be unity among the farmers, according to African Poultry Producers (APP) national chairperson Mhlobo Mbane. He said this would result in a stronger, united force capable of lobbying for small-scale farmers’ full participation in the agriculture sector.

Mbane was speaking during the Small Enterprise Development Agency’s second instalment of its Poultry Webinar series. APP was formed in 2019 and is affiliated to the African Farmers’ Association of South Africa.Mbane said that the key objective of the APP was to mobilise small-scale farmers so that they could speak with one voice. This allowed the association to lobby the government on issues such as policy and funding to ensure that commercial farmers were not the only priority of the state.

“We as small farmers need policies that favour us as small-scale farmers, which is why it is important for us to be under one roof so we can make an impact by putting our heads together,” he said. “If we don’t participate… we will always be in receiving end, but if we unite, we will also play a key role in the formation of policies that will favour us as small-scale farmers.” 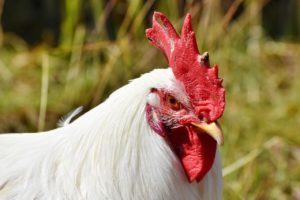 “Small-scale farmers are also at the bottom of the list when it comes to being supplied with feed and other components that keep poultry farms alive.” Mbane also said there were many opportunities in the sector, but members of the APP did not have enough information to choose where they wanted to participate along the value chain.

Mbane said that another advantage of uniting in the sector was farmers combining their resources.

“Small-scale farmers must come together and pool resources so that if small farmers can collectively own an abattoir… and this will increase our probability of having our products at retail stores.” He warned that compliance was one of the many hindrances for small-scale farmers.

“Compliance prevents many small farmers from commercialising, so we as the APP lobby on behalf of poultry farmers to address such issues,” Mbane said.