In the build-up to the local government elections, political parties have made several promises to SMMEs should they win the polls in their respective municipalities. But Township Entrepreneurs’ Alliance CEO Bulelani Balabala said it remained to be seen if any of them would make good on their undertakings to support the sector. The Democratic Alliance’s manifesto promises voters to bring jobs and investment to the local economy.

“The informal food economy employs, directly or indirectly, some three million people,” their manifesto reads. “The lack of proper provision of trading spaces and adequate regulation through issuing of trading permits creates conflict between formal businesses, formal and informal traders as well as the health and safety needs of the public.” 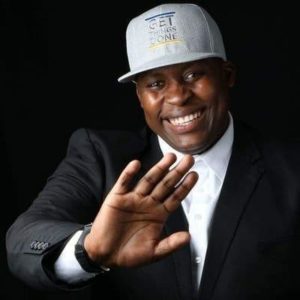 The DA, which has been accused in Cape Town of being harsh on traders and taking away their livelihoods, has assured traders that identification would only be requested where there was reasonable suspicion of a violation or illegal activity, or when required for administrative purposes. Commenting on the issue of by-laws, Balabala told Vutivi News that these laws were outdated and oppressive to informal businesses.

“When you look at the placement of black people in townships, these were historically intended to frustrate (informal traders) economically, and we as an organisation believe that if we were to open up these economic spatial zones, we can enable the growth of SMMEs (in the informal sector)”, he said. “We can’t have a situation where a company that has, for example, created 200 jobs is being told to shut down because he is encroaching on municipal land.

“The political party that will win must give these traders an opportunity to purchase the land they are encroaching on or alternatively allocate them municipal land to be able to operate from,” Balabala also said. In its manifesto, the Economic Freedom Fighters promised that it would declare a special economic zone with zero company taxes and building allowances.

This would be for all enterprises that required infrastructure in exchange for producing products that contributed to municipal services and created jobs. Balabala said his organisation supported initiatives that would boost job creation in SMMEs. “We have had multiple conversations with the government and they always speak strongly about SMMEs being the backbone of the economy,” he said.

“However, what we want to see done by the winning parties is to adequately support SMMEs. When we look at political parties’ manifestos, we find that they leave much to be desired in this regard.” One of the new parties on the block, Action SA, which is led by former DA member and Joburg mayor Herman Mashaba, told Vutivi News that their offer to SMMEs included improving the environment of doing business with the government.

This would be done by auditing all bureaucratic processes to optimise the way residents and businesses interact with the local government. “Where feasible, we will digitalise these optimised processes so that businesses can interact with the municipality online,” the party said. “(We will also be) partnering with business owners, business schools and organisations to identify what our SMMEs need from us rather than dictating what we think is best for SMMEs.”

Balabala said it was crucial that SMMEs received the right support to help them expand. “Government needs to create an enabling government for small businesses to move periodically through growth filters, and this means that they should be able to move from startup to small business, then from small business to medium and to large businesses,” he said.