Netshiongolwe has created an instant cereal to help people with the disease.

Vhutshilo Netshiongolwe who produces a special cereal for people with diabetes

After witnessing his grandmother battle with type 2 diabetes for more than three decades, Vhutshilo Netshiongolwe decided to create an instant cereal to help her manage her disease. And it ultimately led him to establish MukapuZA, a company that produces products for diabetic people. It is an organic plant-based meal replacement manufacturing company that pioneers indigenous immunity meal replacements.

“Growing up watching her suffer from diabetes without access to adequate diabetes healthcare is what sparked the quest to find an affordable, plant-based solution that can help minimise her insulin resistance and which looks and tastes as good as any food. I strongly believe that organic plant-based food is the solution to many lifestyle diseases.” Mukapu is a Tshivenda word that is usually used in reference to soft porridge eaten during breakfast in most African households. 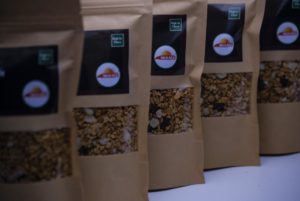 “We have a huge customer base from health and fitness enthusiasts, vegans, health-conscious market. Our vision is to be a pioneer of personalised dietary meal replacements that can help in managing and ultimately reverse insulin resistance completely and substantially lower the cost of diabetes healthcare,” said Netshiongolwe. Before venturing into entrepreneurship in 2016, 30-year-old Netsiongolwe, who is from Mbahela in Limpopo, studied electrical engineering and worked as a certified aircraft turner machinist for four years.

“We started our operations in my grandmother’s garage after two-and-a-half years of research which is still ongoing, and now we are renting a house which we have converted into a processing plant,” he said. In 2020, the International Diabetes Federation reported that over four million people in South Africa have diabetes and the number was expected to rise. The current products offered by MukapuZA are instant cereals, crunchy granola, and sweet potato post-workout flakes. 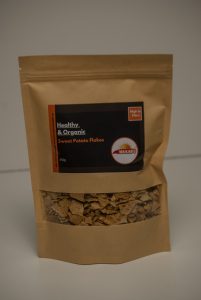 Netshiongolwe’s company operates from Thohoyandou and is funded from his savings. He has four employees and some part-time distributors. “Our friends and family members were actually our first consistent customers,” he said. Netshiongolwe said his biggest challenges have been changing the narrative and educating people about his products, and marketing.

“I mean our products are almost similar to Kellogg’s, so immediately the first thought has mostly been a comparison between the two and other similar products out there,” he said. “It’s amazing our products are quite filling which makes them a good choice for weight management and a significant loss of weight is actually very good for diabetic people. The energy it gives has always been a highlight from diabetic patients,” he said.

Products can be purchased on the company website: www.mukapuza.co.za