Sithole dream was always to be in the construction industry

Growing up with a mother who had multiple streams of income, Sbahle Sithole learned that time making money is time well spent. Sithole, who owns SMAIS Bricks in Newcastle, KwaZulu-Natal, said that when she entered the construction industry, she knew it would not be an easy journey.

“The dream was always to be in the construction industry and to be one of the youngest females in the industry,” she said. “My mother was presented with an opportunity to buy a brick-making machine, and when the opportunity came, she told us as her kids about it and I took this as my entry into the construction world. “I wanted to target an area that is male-dominated and wanted the hard option and not the easy route,” Sithole, who is an accountant, told Vutivi News. 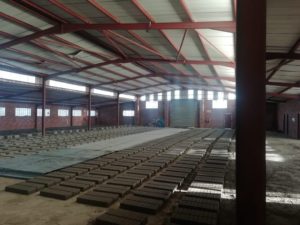 Her company, which she started in January 2020, manufactures N140 blocks and stocks bricks with a team of nine employees. Sithole said that her accounting knowledge and experience had proved helpful because she believed accountants stood a better chance at running a business successfully. “It’s extremely important to know accountancy because our lecturers told us that most companies choose charted accountants as CEOs because numbers run anything,” she said.

“For anyone to have the most basic knowledge is very important for handling their finances.”

Sithole to Vutivi News that starting her business just before the Covid-19 pandemic hit South Africa’s shores, proved to be difficult as she was in negotiations with hardware stores to supply bricks. But she stuck to her guns and was now supplying three hardware businesses in Newcastle and its surrounding areas. The rest of her customers were walk-ins and construction companies.

“There were very few brick makers in the area that had the machines and I took advantage of that,” she said.

“There are a variety of raw materials involved in the process of making bricks like cement and crusher dust, amongst others. Other companies use ash, river sand, or black powder from coal mines. “We don’t use a lot of what other people use, but still manage to come up with good quality bricks and meet quality testing standards, and our prices are affordable for the quality of the bricks,” Sithole said. 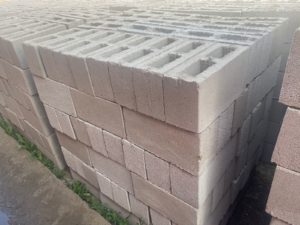 She said that usually customers and hardware stores ordered around 2000 or more bricks per order, and clay-stock bricks were ordered per pallet which contained 500 bricks. Sithole said her mother was the greatest influence in her life.

“My mother was a teacher and she had a catering company, a draping company, a marquee hiring company, and a tuck shop all while working and studying,” she said. “I learned to keep going and never to limit myself. She made me appreciate how to monetise my time.” And as a tribute to her parents, the name of her company was a combination of her parents’ initials.

“I chose this name because it wasn’t for them, I would not be here and there would not be a SMAIS,” she said.