Load shedding continues to take its toll on SMMEs

With the onset on load shedding again, many small businesses are warning that their survival remains in the balance, especially with the double blow of the Covid-19 pandemic.
And the situation is even worse for SMMEs that cannot afford other means of generating power.
The recent round of load shedding and its impact on the SMME sector is yet to be quantified, however, businesses have told Vutivi News of their many woes resulting from a poor electricity supply.

Sphamandla Mazibuko who runs a poultry farm in KwaZulu-Natal, said load shedding had all but ravaged his poultry stock.
“I depend on the electricity to keep my three-day-old chicks warm at night and during cold weather days,” he said.
“When the recent load shedding wave started, I was forced to start using imbawula to warm the chickens, and it’s not enough. Every day there is of load shedding, I lose three chickens.” 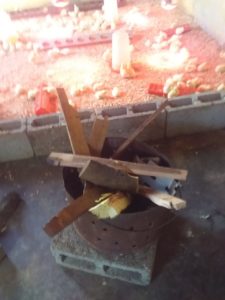 Mazibuko said in the past two weeks he had lost R7000 in profits, warning that he would not get that money back.
He complained that Eskom was completely unreliable.
“I cannot afford a generator, and the imbawula is not sufficient for the number of chickens I have,” he said.
“I wish the government could assist by giving small business owners generators.”
Sibulele Mene, owner of e-commerce site AmazingMall Africa, shared the same sentiments as Mazibuko.

“In my line of business, I depend heavily on electricity, because I have online meetings and proposals to submit to potential clients,” he said
“You’ll find that when load shedding strikes, I have to wait until two hours so that I can restart the meeting. When the electricity is restored, the person I’m supposed to be having a meeting with experiences load shedding. As a result, I have lost out on a lot of contracts that would have otherwise brought in revenue.”

Mene said that due to the unreliable power supply, customers were unable to use his platform, leaving traffic to his site stagnant.
He lambasted Eskom for hording electricity supply.

“There are many businessmen and scientists I know that can supply cheaper and better electricity and other sources of power than Eskom, but because Eskom has monopolised the electricity sector, it is next to impossible for other companies to supply electricity,” he said.

“I have lost all faith in Eskom.” 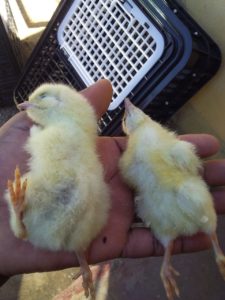 Sibusiso Khathi of Khathi Charcoal said that he had not been greatly impacted by load shedding.

“Because the process of manufacturing coal involves using fire primarily, load shedding does not really affect us,” he said.
“It only affects us when it comes to the bag manufacturing process. However, we have measures in place to ensure that our bags are manufactured in line with the load shedding schedule.”