It is crucial for entrepreneurs to know their worth and not undersell themselves, according to Limpopo businessman Leshabe Mothiba. Mothiba had to learn the hard way after dealing with customers who often accused him of being too expensive or did not pay him on time. The 34-year-old founder of Justport Steelworks in Mokopane, Limpopo, which manufactures gates, carports and other steel structures, told Vutivi News that welding turned out to be an enriching, enlightening and fulfilling experience. 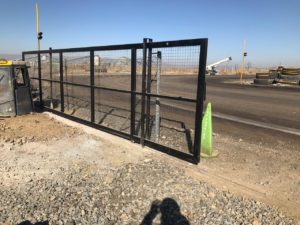 “When I started welding in 2010, I was doing it because I was bored and an opportunity presented itself to me,” he said. “I had a friend of mine who had enlisted the services of a welder that did not deliver on a gate that he had ordered. I took one look at it and told him that I could deliver the gate.

“He agreed to confiscate the material he bought for the gate from the original contractor. I acquired the skill from a deceased neighbour of mine who taught me all I needed to know about welding,” Mothiba said. He admitted that in the past he could not hold down a job because he was outspoken. However, his attitude changed with time. “My girlfriend suggested to me to take this craft of mine seriously because it became evident that I was really good at it,” he said.

“I listened to her and started focusing on the business full-time from 2016, and I have been growing ever since with each challenge I face.” But even after starting his own business, it was not smooth sailing. “Sometimes a customer would not pay immediately unless I pursued them aggressively. It would take a customer months just to finish paying off a debt,” the businessman said. 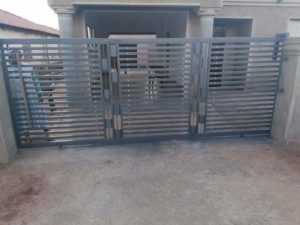 “I solve that in two ways. I have undertaken to take a 70% deposit in the event that the customer might not complete payment, and in the case of customers that order gates, I simply remove the gate and remind them that to re-install the gate would cost even more,” he said. Also, he has had to deal with complaints that he is too pricey.

“Sometimes someone would request a quotation and would tell me that I am expensive, expecting me somewhat to lower my price,” Mothiba said. “I simply will not do that because I know my worth and I know what I am doing,” Mothiba said that with his two employees, who he taught how to weld, he aimed to establish his name not only in Limpopo but in the rest of the country. “I believe that if your dreams do not scare you, then they are not (aiming high) enough,” he said.

No Result
View All Result