Derrick Ndzavi, is the CEO of New Discovery Business Solutions

Successful business mentorships for SMMEs depend on the quality of the mentor, and the relationship between the mentor and the mentee, according to seasoned business advisor Derrick Ndzavi. In the absence of this, small businesses are more likely to fail.

Ndzavi, is the CEO of New Discovery Business Solutions, which offers mentorship and business advisory services. He has been in the mentorship space for 21 years after he left the corporate world to start his own company. Ndzavi, who styles himself as an “entrepreneurologist”, told Vutivi News that working with SMMEs had taught him that many of them lack professionalism and the willingness to learn and implement what their mentors teach them. 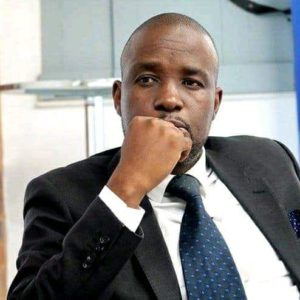 He also pointed out that SMMEs did not hold their mentors to account. “Mentorship must be meaningful, and a mentor must be held accountable in the same way that the business owner must be accountable to the mentor,” he said.

“The relationship between mentor and mentee must be like that of lawyer and client where the mentee must open up and be transparent to the mentor. SMME owners have no openness and no willingness, and do not have a relationship with mentors.” While there were some free mentorship programmes, Ndzavi reminded SMMEs that those offering this essential service also had to feed their families.

When asked what constituted a good mentor, Ndzavi told Vutivi News that there were certain boxes that needed to be ticked. “A good mentor is someone who is professional, has good working ethics and also has a mentor of their own,” he said.

“One must also check the mentor’s methodology of work, their value, mission and company principles.” Ndzavi is the founder of Mentors Without Borders, which offers free mentorship, advisory services and enterprise development programmes in partnership with the government and the private sector.

He is also the SMME portal mentor at the University of Pretoria and has served as the head of a mentorship for 67CEOs Foundation in partnership with Exxaro Resources, which has helped over 5000 businesses since 2001. On the biggest pitfalls for SMMEs, Ndzavi said it was not about failing to run their businesses, but instead getting the necessary support.

“Big business can’t ask why SMMEs are sleeping outside, so to speak, when they are not opening the door for SMMEs to step inside,” he said.