It is easy to produce own dishwashing liquid

Although her initial plan was to stock another entrepreneur’s cleaning products to sell them, Tebogo Langa changed tack when she discovered how easy it was to make her own. 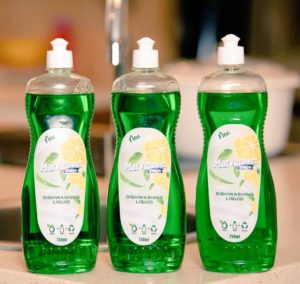 She told Vutivi News she launched Marvellous Chem in October last year after she did research on YouTube. The company manufactures and supplies dishwashing liquid. Langa, who is originally from Limpopo, partnered with a manufacturing factory in Tshwane to produce the dishwashing liquid. “I was looking to start stocking another entrepreneur’s cleaning products. As I was looking for more information on the internet, I came across a link that said that I can make my own product,” she said. “I realised that if I can spend less than R500 to start my own business and make my own product, it would be better than selling someone’s product. 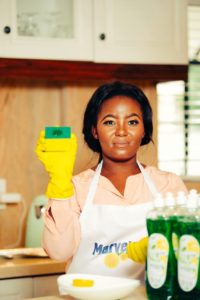 I decided there and then not to supply, but to produce and sell my own products.” When she started her company, she sold more dishwashing liquid than expected. “A month after I launched the product, I sold over 800 units,” she said.

“I also approached a few local supermarkets and tuckshops and they started stocking and selling my products in their stores.” Langa told Vutivi News that it has not been an easy journey for her startup to break into the market.

But she has no plans of giving up. “Competing with well-known brands is very difficult because unlike them it is hard for us to have our products on the shelves of well-known supermarkets,” she said. “But I persevere, knowing that (supplying) a few local shops, is the first step.” Langa also has plans to broaden her range of products.

“I have a few other household cleaning products in the line such as bleach, detergents, pine gel and also products to clean windows among others,” Langa said.

“I believe in providing eco-friendly products at an affordable price, because I have realised that many products that have the ‘eco-friendly’ tag come with a steep price tag as well.” The entrepreneur’s dream is to own her own factory where she produces cleaning products in Gauteng and Limpopo. “Unemployment is a huge issue in Gauteng and in Limpopo, so I know that if I open a factory, I will be able to employ more than a 100 people and ensure that they are able to put food on the table and survive these difficult economic times,” she told Vutivi News.