Gaming machines that are operated by Zack Mutambarika

Handyman, entrepreneur and gaming hardware developer, Zack Mutambarika, considers every day an achievement because he learns and grows. He told Vutivi News that he got involved in gaming while doing woodwork. Mutambarika used to hunt for jobs on the streets of Ekurhuleni in the late 2000s where he would find odd jobs.

While at one of these jobs, his life changed, although at the time he was not aware of it “A man took me and made me his household’s handyman,” he said. “Some months later, he emigrated to Australia and transferred me to his father, who ran a spares shop in Rosettenville, Johannesburg. “I worked for him for two years, collecting tools to start my own woodwork company since I did woodwork in school,” he said.

Mutambarika said that after gathering the tools he needed, he quit the job and started manufacturing cupboards. However, the township’s carpentry sector was saturated, so he came up with a plan to get involved in the gaming industry. In 2010, Mutambarika founded his business, Mutaz Gaming, after realising there was a gap in the township market for gaming. 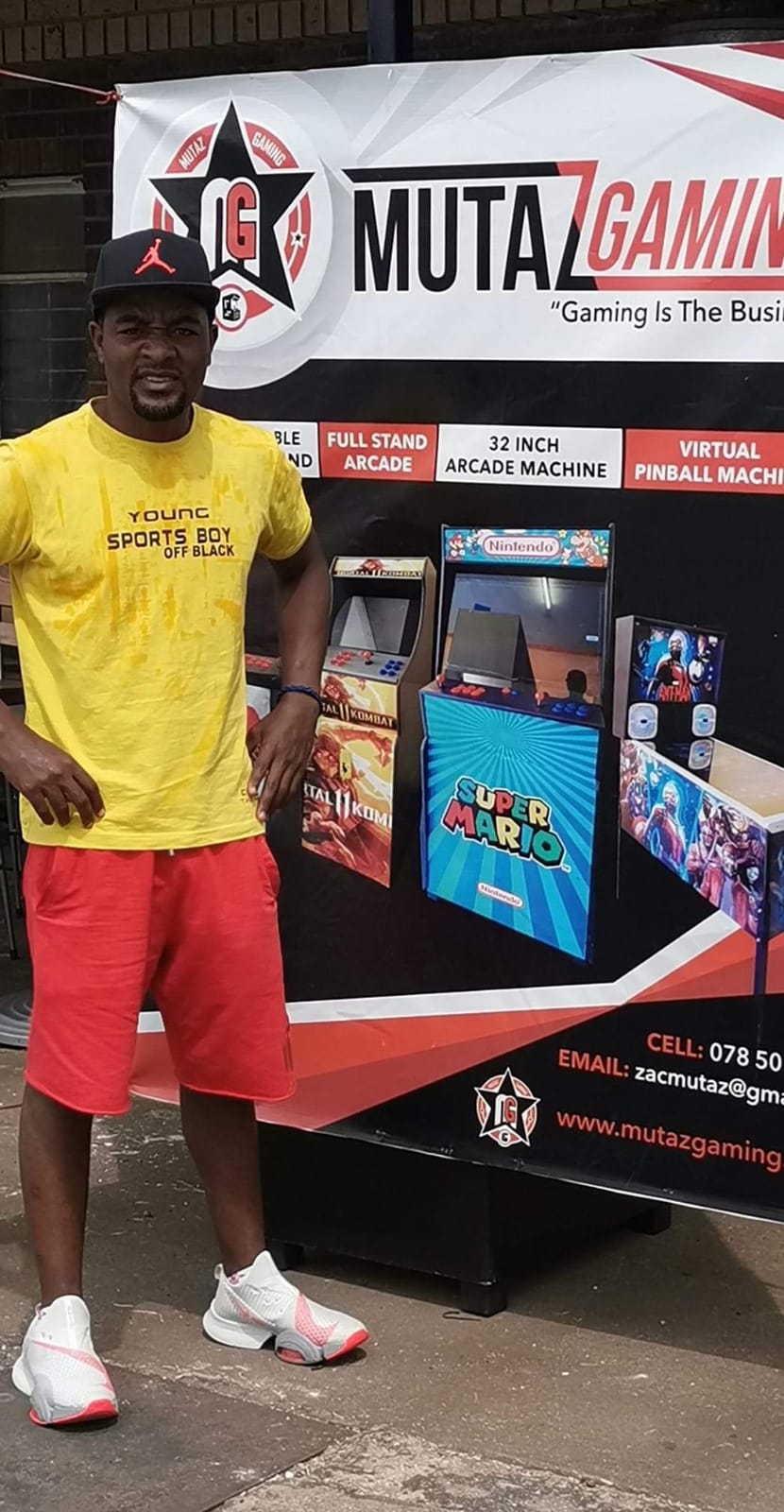 “I identified a passage in Katlehong and manufactured my own video game arcade, charging R2 for 20 minutes,” he said. “I saw how wildly popular this business was, and because I wanted the business to run without me being there, I had to come up with a coin mechanism for the games, since they were PC-based games.”

A few months after his business started, Mutambarika said that he manufactured a joystick to play home-based arcade systems, and that sold for R800 half an hour after he manufactured it, only using only R100. “After this, I decided to go into arcade game manufacturing,” he said. “I started by buying laptops that weren’t working, fixed them and built an arcade system with the controller attached to it on the screen.

“The first arcade system I made was sold for home use because a fully – manufactured coin mechanism was difficult to obtain.” Mutambarika then started buying parts of Pandora Boxes, which are arcade consoles, from China and would assemble them in the country. “I was approached by a company called Empire Gaming, and they decided to buy from me because my prices were cheaper than what they were paying for in China,” he said.

He started manufacturing arcade boxes for modern gaming systems like Xbox 360, Xbox One, and PlayStation 3, 4 and 5, and manufacturing his own unique coin mechanism. He also builds pinball machines and jukeboxes for homes. Mutambarik’s aim is to have his gaming systems all over Africa. “I did not ever think that I would be successful, and now I can afford to buy myself a car because of how well my business is doing,” he said.