Entrepreneur in clothing business has no regrets about quitting his job

Even though it was difficult for Mosa Hlatshwayo to leave a secure managerial job to start his clothing brand, it is a decision he does not regret. Hlatshwayo told Vutivi News that he registered his brand Odd, which is based in Mamelodi, Pretoria, in 2020. This was after he had just resigned from his position at a leading retail outlet. “I took my providence fund payout and used it to start my business, buying materials and the things that were needed for the company,” he said.

“However, just after I resigned, the nation was placed under hard lockdown and things were really difficult.” Being someone who could not wait for the storm to pass, he came up with a plan. “Originally I started supplying printed T-shirts and hoodies because I was inspired by a lot of clothing brands and their style and believed that I too could own my own business,” he said.

“When I worked in retail, a senior manager asked me what is it that I wanted to see myself doing and I told him that I wanted to start my own company. “We started printing and selling T-shirts and when the lockdown hit, we had to pivot. We started manufacturing PPEs (Personal Protective Equipment), reflectors, office gear and other clothing as a result.” 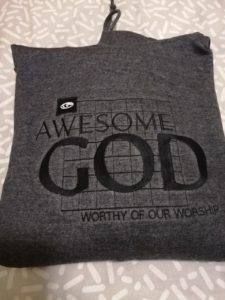 Hlatshwayo also said that he knocked on many doors and was persistent enough to get contracts from various companies around the country to supply them with printed and embroidered clothing. He also supplies hoodies and tracksuits to All Nations Church in Cape Town. “I mean, there are times when business fluctuates and I would reminisce back to the days when I had a stable income and would pay the bills, but this should by no means be interpreted as regret,” the businessman told Vutivi News.

“I love my business, and even when people asked me if I was sure about leaving a secure job for it, I would stand firm because I would not quit a job for something I wasn’t sure would work.” With his team of five employees, Hlatshwayo said that any order size was considered an achievement. “This is because if you can recognise my work and fall in love with the quality, it means that you will eventually come back,” he said.

Hlatshwayo said that his short-term goal was to supply the government with his clothing. “I hope that one day they will recognise my work and take my company to the next level,” he said.