by Tebogo Mokwena
in Small Business
31 2
0

Thulani Sicongwana’s dream is to establish the most stylish barbershops in every township, and he is starting with two in Ekurhuleni. Speaking to Vutivi News, Sicongwana said that his barbershop, Thulz Premium Barber Shop, offered the experience of urban barbershops in the heart of Ekurhuleni’s townships. His first branch is in Vosloorus, where he grew up, and he will soon open a shop in Katlehong. 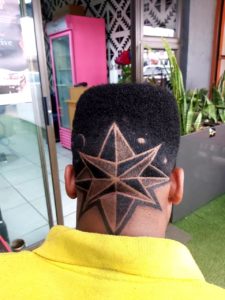 Sicongwana’s business took off after his career as a music promoter came to a screeching halt. Although he had already started the business in 2020, it was not until after a failed music festival that he tried to organise, that he decided to give it his full focus. “When I started the business, it was because I saw a gap in the township for a quality and affordable barbershop,” he said. “Although it is true that there are a lot of barbershops in the townships, ours is different in that we are cheaper and more stylish than theirs.”

According to Sicongwana, he received funding from his late father to start his business. “My father saw an opportunity to invest in my business, and he took his last R50,000 and said that he believes in my dream and my vision,” he said. “I opened the barbershop, and it was already buzzing within the first week of operating. This was largely due to the customer service and the atmosphere we provide.”

He employs five people and the shop’s services include hair cuts, dyeing, beard shaving and trimming, and other services related to grooming men. Sicongwana said that he trained his staff to cut hair. “One of the biggest challenges was having to nurture and train my employees, many of whom started working with no prior experience in hair cutting,” he said. “Thanks to the training I provided, some of them who worked for me in the past have gone on to open their own barbershops, and this is one of the things I appreciate about my work.”

He was also made the chairperson of Vosloorus Boulevard, the shopping centre where his business is located. He considers this an honour. “When I was elected, to me it showed me that I was capable of being a leader, and it was because my fellow businessmen saw in me someone that has the vision of making their (businesses) and township, businesses great,” Sicongwana said. He plans on opening his second shop in August where he will add services like manicures, pedicures and facials for men.