The City of Joburg has recommitted itself to rebuilding Africa’s economic capital by creating an enabling environment to increase support to SMMEs, cooperatives and informal entrepreneurs. This would help build the township economy, which was critical for the country’s economic revival, Johannesburg mayor Geoff Makhubo said in his State of the City Address this week.

Makhubo said the city was committed to focusing on growing the economy to create employment, reduce rising poverty levels and inequality.

In his address, the mayor said there were already programmes in place to help boost small businesses and cooperatives, which he said were essential in the fight against poverty and unemployment.

“The city continues to increase its support to informal entrepreneurs with the view to develop productive township economies and promote local manufacturing, as well as the revitalisation of industrial parks in partnership with National Treasury and Gauteng provincial government,” Makhubo said. 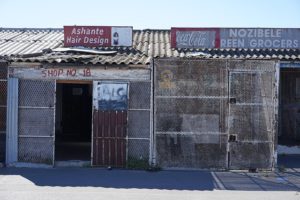 “Increasingly, cooperatives have become a viable means of alleviating poverty and job creation in South Africa. They are also particularly crucial to local economic development.” Makhubo also said that it was imperative that there was a focus on job creation amongst the youth, which should include entrepreneurship opportunities.

“Youth development also continues to be the focal area of our targeted responses,” he said.

“As part of our commitment to the development of young people, the city has moved the Youth Directorate to centre for purposes of effective mainstreaming.” Johannesburg had also launched the Youth Cooperative Development Programme in Ivory Park, which he described as a success.

“Mr Mapiki Joseph Sambu from Bontle Ke Tlhago Cooperative shared how his recycling business has managed to grow and employ 15 people who earn on average R4500 a month,” he said. “They have also won major awards and recognition in their recycling business and continue to provide opportunities for their community members in Diepsloot.”

The mayor said entrepreneurs and SMMEs were the backbone of any economy and required effective support for their success. This was why Johannesburg aimed to establish itself as the entrepreneurial city of the future, which offered concrete solutions to pressing issues such as unemployment, he said.

Another two opportunity centres (formerly known as business hubs) had been opened in the city and Eldorado Park to help future business owners where possible.

Makhubo said that to date, the city had 10 operational opportunity centres where members of the community, especially emerging small businesses across all sectors, could walk in for assistance and advice on entrepreneurship and business support issues.