Baby girl brings out the best in her mother

Birthday clothes that are designed by Dineo Choenyane

When she discovered that she was going to have a daughter, Dineo Choenyane had no idea it would be a double blessing. Not only did she give birth, but she also started a business that makes birthday outfits for children.

Choenyane, who is originally from Jane Furse in Limpopo, now lives in Tshwane where her business, Reitu Hand Crafts, is based. Her business, which also makes accessories for the outfits, was started in the same year her daughter was born. “In 2018 I gave birth to my daughter and the excitement of being the mother to a daughter brought out the designer in me,” she told Vutivi News. 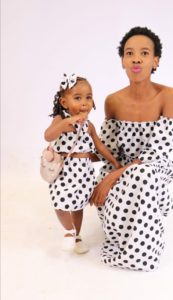 “When I found out that I was pregnant with a girl, I started imagining what I would make for her. I started with a headband when she was just two weeks old. “I added a tutu skirt and other accessories and before I knew it, I had a few outfits I posted the hairband on my WhatsApp, and one of my contacts asked me if I could make one for her daughter,” Choenyane said.

She said that before making an outfit, she consulted with clients on the colours and themes they wanted. “If the child likes Spiderman, I make a Spiderman outfit. I also make sure that my outfits are not plain because I believe that plain is very boring,” the businesswoman explained.

“I sometimes use pearls and beads to add spice to the outfits. I also make fabric flowers from scratch. Choenyane said she delivered the outfits via a courier service. She has clients across the country and in Lesotho. She told Vutivi News that while her business was currently booming when she started out many customers did not pay. 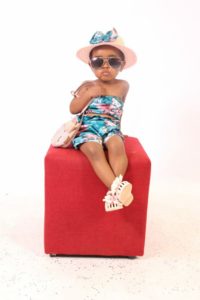 She now made them pay a 50% deposit upfront. “Business is doing so well that I am getting an influx of orders which I cannot complete on my own. I am looking into getting an assistant that will help me with the increasing demand,” Choenyane said.

She dreams of eventually owning three baby boutiques. “I would also like to share my skills with the youth because most of my clients ask me if I teach people whenever they see my finished work,” Choenyane said. “I think it will be helpful especially because the unemployment rate among the youth is dizzyingly high.”