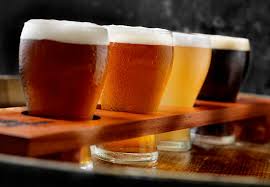 Government has lifted the ban on alcohol

The Beer Association of South Africa (Basa) is warning that the continued alcohol ban will result in the many small craft brewers having to close shop.
This follows the government’s decision to extend the ban this week, to help fight the Covid-19 pandemic.
Basa said already 165,000 people have been left without jobs, and not only would the ban have a negative impact on small businesses in the sector, but others related to it.
“Already, 30% of local breweries have been forced to permanently shut their doors,” Basa said in a press statement.
“An extended ban on alcohol will destroy many of the remaining small businesses while doing untold economic damage to the beer sector in general. It’s a great shame that government has embarked on this action with very little consultation and very little thought given to their plight.”
The association said the ban had resulted in an increase in home brewing.
“Besides its link to criminality, the illicit and unregulated trade and consumption of alcohol poses serious health risks such as blindness, liver damage and even death,” it said.
“An increase in illicit trade also means that the taxes and duties that usually a cure from the legitimate sale of alcohol are lost to the fiscus.”
It said that before Covid-19 hit the country’s shores, the World Health Organisation estimated that 24% of all alcohol consumed in South Africa, was sold illicitly.
Basa believes this figure will rise, and lead to an increase syndicates like those in the prohibition era.
It listed some brewers that have suffered massively from the alcohol ban.
“Craft brewers such as Lethu Tshabangu from Ukhamba Beerworx and Sphiwe Nxusani-Mawela of Brewsters Craft have committed several years of their lives towards building their breweries and supporting their employees,” the association said.
“They are now not going to be able to survive until the end of the month and will have to advise their employees not to expect salaries at the end of January.”
The association wants to meet President Cyril Ramaphosa and Cabinet ministers to discuss the implications of the ban.
“We will also resubmit our proposals to encourage moderate, responsible consumption. We will also reiterate our proposal for off-site consumption trade to be resumed within the framework of the existing curfew, which includes the restriction on gatherings and events,” it said.