Competing with well-established e-hailing services has always been Samuel Mazibuko’s dream. His first attempt was unsuccessful, but he never gave up. Today he operates iTaxi Ubuntu App, which not only offers e-hailing services but customises prices according to the needs of the user.

Mazibuko told Vutivi News that his app was the result of many nights of planning and fighting bouts of depression. “There were times when I felt like I was too hard on myself and I would fall into depression,” he said. “However, I learned that every step I take and every little victory I achieve at the end of the day counts.” 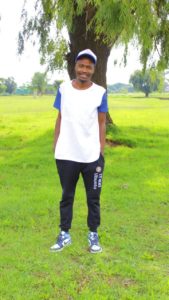 The Soweto-based entrepreneur said that before he launched the app in 2021, his initial idea was to work with taxi associations and taxi drivers in 2017. “My first innovation was supposed to be a service where I wanted users to request a taxi and be provided with the details of the taxi driver, which they would then get at the nearest taxi stop,” he said.

“However, it proved to be difficult to achieve because of the red tape that was involved in working with the government and taxi associations. I went back to the drawing board and was determined to create a solution that would make e-hailing services affordable and accessible.”

The result was iTaxi Ubuntu App. “The app offers one-of-a-kind services including civil rides, student rides, staff rides, corporate rides, event rides and funeral rides,” he said. “Our prices are tailor-made for each of the categories so that if you are a student you pay a different amount than if you were a staff rider or a regular rider.

“I chose this model because I am trying to match the pricing format that taxis use while competing with e-hailing services like Bolt and Uber,” the business owner said. Mazibuko said the app operated in Gauteng, with 30 drivers in Soweto, 15 in Ekurhuleni and 20 on the West Rand.

There had been requests from other provinces to expand his product, which he was considering.