The African Free Continental Trade Agreement is a godsend for Africa and promises to unlock the continent's fullest economic abilities, according to NAFCOC's Kabelo Khotsane and SBI',s John Dludlu. Photo: iStock

Business organisations are excited about the African Continental Free Trade Area agreement which is being implemented this year.

The National African Federation of Chambers of Commerce (Nafcoc) and the Small Business Institute (SBI) said it presented many opportunities for SMMEs to interact across the continent and to trade freely without the burden of tariffs and heavy customs duties.

“It is a gift from the gods,” SBI CEO John Dludlu told Vutivi News.
Nafcoc Gauteng CEO Kabelo Khosana described the deal as a milestone, especially for small businesses.
“The main objective of the free trade agreement is to focus on women, youth-owned companies as well as SMMEs,” he said.
“Because of the agreement, we will be in the position wherein there will be a cross-proliferation of skills between all countries.”
Khosana said the pact would strengthen Africa’s economy in its entirety. 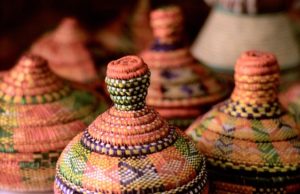 “Our view is that Africa has not been trading with itself but has been trading with Europe, Asia, America and other continents,” he said.
“We are looking forward to creating a space wherein minerals and commodities in Africa can be beneficiated within Africa instead of taking minerals out of Africa and sending them to other continents for processing, only for them to be sold back to us.”
Dludlu told Vutivi News that his institute would work with the government to ensure that the deal benefited SMMEs.
“What’s possible is very exciting – 90% of goods being traded tariff-free has the potential of catapulting the continent’s industrialisation,” he said.

However, Dludlu cautioned against “non-qualifying economic operators” that were not part of the deal taking advantage of the pact.
“At less than 20%, the scope for expanding intra-African trade is huge, and needs to be tapped especially through such mechanisms as the southern infrastructure corridor which is being championed by our country,” he told Vutivi News.
The agreement was punted in 2012 already, when the African Union (AU) convened its 18th Ordinary Session in Addis Ababa in Ethiopia.

It was signed by heads of state in 2018 and came into effect at the start of this year after the adoption of the Johannesburg Declaration by the AU.

The agreement addresses issues such as anti-dumping, unfair customs duties imposed on the importation or exportation of goods, and non-tariff barriers that impede trade through mechanisms other than imposing tariffs.
In his State of the Nation Address in February, President Cyril Ramaphosa, who heads up the AU, said that the deal provided a platform for South African businesses to expand into markets across the continent.

It was also an opportunity for the country to position itself as a gateway to the continent.
The pact has resulted in the largest free trade area in the world which will see the creation of a single continental market for goods and services, the free movement of people and workers, and investment geared towards a customs union.