A family recipe for entrepreneurial success 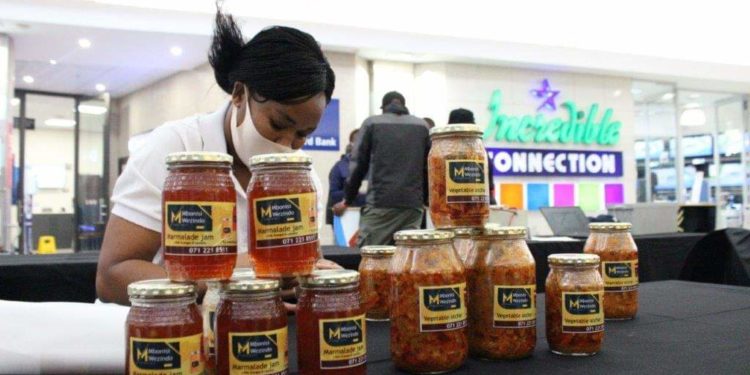 She formed Mboniso Wezinto Trading Enterprises, which started producing atchaar and marmalade in 2017. Xaba, who lives in Emalahleni but is originally from Swaziland, currently has customers in the Mpumalanga town, Mbombela and KwaZulu-Natal. She told Vutivi News that she started selling atchar and marmalade in the 90s when her grandmother was producing the products.

“When I was young, my granny was the one making the atchaar and marmalade jam, and I used to sell it with her. This motivated me to want to have my own business in the future,” Xaba said. “One of the customers I was selling to as a child once told me to think about the future and think about having a factory that mass produces the atchaar and jam, and that is where the dream started.”

Xaba said that she produced atchaar made from vegetables, because residents in Emalahleni “love mango atchaaar, so I decided to try something different”. Her atchaar and marmalade, which is made from oranges and lemons, are 100% organic. They have a shelf life of a year.

Xaba said that business was very slow until she was invited to an exhibition by the Small Enterprise Development Agency (Seda) at the Highveld Mall in Emalahleni in March this year. “I was so excited and so happy because most of the customers that were at the exhibition showed interest and they were complimenting my atchaar and how it differs from others…,” she said.

“It was a huge break in my journey. I was exposed to many people from different parts of country who bought my atchaar because they loved it.” Xaba said she had also applied for a grant from Seda and was waiting for the payment to be processed.

“I’m currently producing a lot more in terms of volume, and I getting more customers than before thanks to the exhibition,” she said.

“I’m making R3000 a month, which is a major improvement from before the exhibition.”

Xaba said that her business had taught her to persevere, no matter the circumstances. “The thought of giving up never even crossed my mind, even when we were under lockdown because people were still buying and ordering,” she said.