A drink to curb hangovers

The many booze bans during the lockdowns have not only had an impact on the entire alcohol value chain, but it also saw the owner of energy drink Green Babalzi pocketing less money than he could have. Emmanuel Thamane told Vutivi News that he hoped with the festive season around the corner, more bottle stores would start purchasing his drink again, which he said helped reduce hangovers.

“Geen Babalazi seeks to solve this issue by offering a beverage that is loaded with vitamins B and C and lemongrass to combat the feeling of drunkenness and of the sickening hangover,” said the Ekurhuleni resident who launched the energy drink in 2016. The 250ml can be sold for R15 and could be found in almost every corner of the country – with a distributor in the Western Cape, five in Mpumalanga, five in Limpopo, one in the Eastern Cape and two in KwaZulu-Natal. 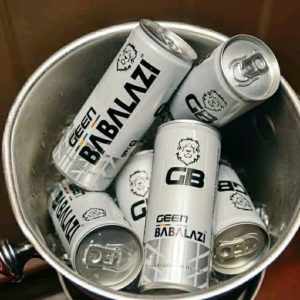 “The North West is the drink’s stronghold, as it can be found there in a number of cafés, outlets and liquor stores. The manufacturing plant is also situated in the North West and is owned by a company we have partnered with,” he said. “We have also partnered with small and large businesses to source our raw materials for Geen.” Thamane explained that before the Covid-19 pandemic, he supplied liquor stores in many parts of the country.

“Many liquor outlets were forced to close because of the alcohol bans and when they reopened, some stocked just enough to continue, not knowing when they will be hit with another ban,” he said. “The uncertainty meant that it was difficult for us to supply them with the drink as they too are not sure if they will keep their doors open for longer.” But now that the country was on lockdown level two with bottle stores open from Monday to Fridays, Thamane said that wanted to increase his supply to bottle stores again.

He said that while less of the energy was being sold in bottle stores, he had still managed to grow his business.

“Our sales and production capacity have been increasing on a yearly basis to the extent that I was even able to afford to lower the prices, thus making more profits,” he said. “One can of Geen Babalazi was originally R20 when we started. We reduced it to R17 because we were producing large quantities and our suppliers of raw materials started giving us discounts, and now we are sitting comfortably at R15 for one can.” The businessman said that with the festive season nearing, there was growing excitement and anticipation for his product.