Lumbala is helping because he understands challenges of the sector

The work being done by Mahlohonolos Trading and Projects

Giving up has never been part of Serge Lumbala’s vocabulary, and his journey as a businessman in construction is a testament to that statement. After starting at the bottom in the industry, Lumbala’s dream is now about helping SMMEs make something out of nothing in the same way that he did. 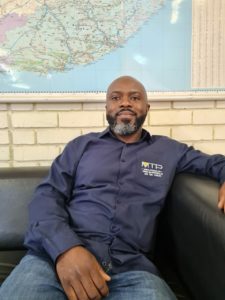 Lumbala is the co-founder and CEO of Mahlohonolos Trading and Projects (MTP), which is based in Meyerton in Gauteng. It was registered in 2016 and started operating the following year. The company manufactures construction products such as stormwater and sewer pipes, portal culverts and bases, precast beams and slabs, and manhole covers.

It also provides construction-related services including brickwork, drainage and plumbing systems and civil works. Although MTP has worked with major construction companies like WBHO across the country, Lumbala told Vutivi News that when he started in the construction sector, he did not know anything.

“I worked for Concrete Unit since 2006 and joined the company as a dispatch clerk,” he said. “I was deeply fascinated by the world of construction, and I spent a lot of time at work, getting to know how the industry works.

“I approached the bosses and asked them for skills-upgrading opportunities, and they paid for a six-month course in Strategic and Logistics Management with Damelin,” he said. Lumbala’s bosses were impressed with his drive, and they shortly appointed him to ensure that the clients received quality products before they were shipped off to them.

“I also did a Construction Management Course, and in 2011 I left the company and started my own company where I was manufacturing kerbs at the time,” he said. However, due to a lack of finances, the company had to close.

“I was called back by the company in 2015. When I came back, I asked them to give me space so that I could continue manufacturing kerbs since they weren’t manufacturing kerbs,” he said. “They agreed on the condition that I stay with the company and requested that I write a proposal. They liked the proposal and approved it on the condition that I find a business partner, which I did.”

Lumbala said that MTP’s biggest break came when he acquired Concrete Unit’s premises in 2018 after they were forced to close their Meyerton branch. Now with all equipment needed to expand his business, Lumbala said he had time to focus on helping SMMEs. 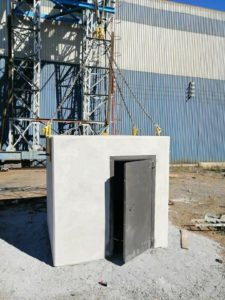 He said the reason for this was the numerous challenges faced by small businesses. “Even when SMMEs are assisted by financial houses to finance their ventures, the rates of repayment are so high that they end up working for the financial institutions, barely making any profit,” he said.

“We give them an opportunity where they can come to us with the project that they have been awarded. If they are not financed, we enter into a deal whereby the contractor gives us a share for the products and services we offer, and the SMMEs are able to make a profit as well.”

He said the business model enabled small businesses to get up and running, knowing that they had the backing of a company that was already established.