The project is crucial as it helps small businesses to grow

The Public Works and Infrastructure Department has included small businesses in its Small Harbours Repairs and Maintenance Project to help meet the government’s target that 30% of subcontracting be awarded to local SMMEs.

Last week, Public Works Minister Patricia De Lille visited Saldanha Bay in the Western Cape, which has benefitted from the programme, and empowered SMMEs to the value of over R61-million.

“The SMMEs benefited from various sectors throughout the different projects of the repair and maintenance programme,” she said.

“The scope of work under the programme to the 13 proclaimed fishing harbours includes the removal of sunken vessels, dredging of the harbour basins, repairs to slip ways, shore crane replacements and security infrastructure upgrades.

“SMMEs were identified under each project at the various harbours… thus empowering SMMEs in several sectors such as diving skills and services, mechanical refurbishment of slipway components, electrical infrastructure work, including trenching, cabling and installation and transport and truck hire from local SMMEs for debris removal,” she also said.

SMMEs played a critical role in the removal of sunken vessels project in Hout Bay harbour, with 11 of them being empowered to the tune of R4.5-million. 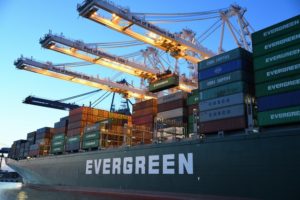 “There were local divers under a local SMME that were intrinsically involved in floating the sunken vessels which were brought to the local slipway outside the Harbour Masters’ office,” she said.

“The use of local transport removal companies further boosted the SMME empowerment to this specific project.

“Whilst the National Treasury prescripts have identified a minimum of 30% inclusion of local SMME beneficiation, the DPWI has extended this guideline to 40% in (the) Hout Bay harbour where DPWI has tried to replicate these figures throughout the other projects whilst ensuring the viability for the main contractor as well,” she also said.

Nicolson said the programme was also crucial as it was helping these businesses grow.

She said many companies, which started out as small businesses, had increased their Construction Industry Development Board gradings.

This had removed them from the SMME category and allowed them to tender directly for certain projects and not always be a sub-contractor.

SMMEs that have benefitted from the programme include Jokwa Marine, PKC Security and Cleaning, RS Diving Houtbay and Javan Fabrication.

Nicholson also said that the department was doing its utmost to develop SMMEs through various programmes, including in the fishing industry.

“Concerted efforts were already made to encourage fishing cooperatives to include skillsets which would market them as a collective for work opportunities being rolled out on the Proclaimed Fishing Harbours,” she said.