She specialises in leafy greens like lettuce, herbs and baby spinach

When she was bitten by the hydroponic farm bug, Zandile Khumalo’s dreams turned green and she has been farming since. Her vision is to provide local businesses with the opportunity to take advantage of fresh produce in their area.

Khumalo owns Neighbour Roots and Hy Harvest. Hy Harvest, which is a farm is in Sebokeng in the Vaal and was launched in 2019. While Neighbour Roots, which is built on top of the Morningside Shopping Centre in Johannesburg, was opened in 2020. 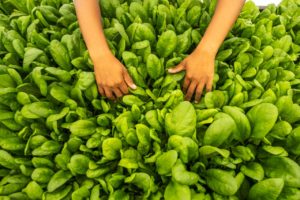 They specialise in leafy greens like lettuce, herbs and baby spinach. She supplies her produce to local businesses in Sebokeng. “We make sure that local restaurants and businesses like fruit and vegetable stalls have a farm that provides them with produce where they can buy their stock conveniently,” she said.

In Morningside, her rooftop garden supplies restaurants and businesses in the mall and its surrounding areas.

She told Vutivi News she personally ran the Morningside operation with another employee. In Sebokeng, she hired 10 part-time employees and one full-time staffer who planted and harvested produce. Khumalo said her love for farming started after she moved from Soweto to the Vaal in high school. 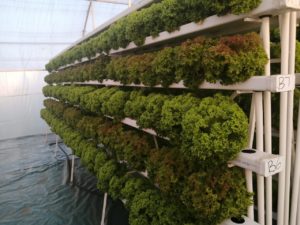 “Our school was disadvantaged, and I decided to come up with a programme that will benefit both the community and the school,” she said. “I used to farm on a 2000 square metre piece of land.” She then started studying Chemistry and volunteering at a cooperative farm in Lawley, where she did research and development for seedlings.

“I started thinking about what to do to get the youth more involved in farming… I encountered hydroponic farming while doing research on this topic,” Khumalo said. “I saw this as a great introduction for the youth, and the opportunity to address common stereotypes about farming.”

Khumalo said that before she became a hydroponic farmer, she was a consultant on the topic across the country. 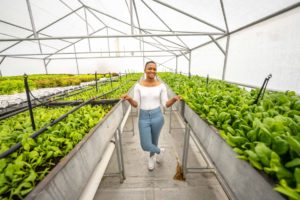 Khumalo told Vutivi News one of her greatest concerns was the rolling power cuts. “The load-shedding in Sebokeng was so terrible that our crop production was heavily affected,” she said.

The farmer said she decided to apply for funding for solar panels to ensure a constant energy supply.

“This helped our business tremendously as it had the effect of better-quality produce and an improvement in our production,” Khumalo said.

72
No Result
View All Result