Motseeng became homeless twice to save his business

Even though Letlhogonolo Motseeng had experience in sales and marketing, he had to face many hardships that are commonplace amongst budding South African entrepreneurs. He told Vutivi News he even found himself homeless on two occasions so that his business could survive.

But it paid off. Motseeng started Moja Chicken less than two years ago. He now owns his own outlet and has sold four franchises across the country. The businessman said his love for poultry started from a tender age when it was his duty at home to tend to the chickens in Taung in the North West. 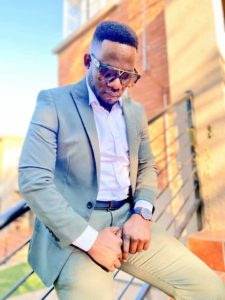 He also developed a love for entrepreneurship, which he found while selling sweets and snacks in primary school. Motseeng, who now lives in Johannesburg, said that combining these two passions was the reason chicken lovers could now find outlets in Mpumalanga, KwaZulu-Natal, Gauteng and Limpopo.

The first outlet, which he owns, opened in Soweto in September 2019. Since then, 19 people have been employed. “We serve grilled chicken which comes in full, half and quarter portions, wings, chicken fillet and chicken gizzards,” Motseeng said. “We have our own secret sauce and spices, which are manufactured strictly for us. They come in lemon and herb, mild, hot and monster hot.”

He also planned on introducing chicken sprinkled with various spices for customers who did not like saucy chicken. Motseeng told Vutivi News that during his youth, the chicken was the only meat his family could afford.

“Growing up at home, we reared chickens, unlike our neighbours who had cattle, sheep and goats… I had to feed the chickens every morning and afternoon,” he said. “We were only able to eat meat 10 or 15 times a year, and that would be chicken. I realised that if I am going to own a chicken business, then it would mean that I can eat chicken anytime I want.”

Motseeng moved to Johannesburg when he was 18, and worked as an insurance agent, sales agent and security guard. “Eventually I ended up working at a leading tobacco company for eight years where I learned about marketing, brand placement, branding and branding visibility,” Motseeng said. He then started Moja Chicken, which he said that despite many sacrifices and hardships, he managed to start franchising within the first year due to his experience in sales and marketing. 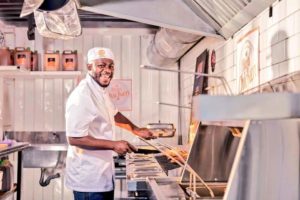 “I faced great challenges and overcame them with patience, focus and understanding,” he explained. “On some occasions, I would sleep in the car for the sake of the business after selling one of my cars in order to save the business. I had to sleep at friends’ houses because I had to downgrade in order to keep the business afloat.”

But tapping into his past work experiences, helped him think out of the box.

“(I) introduced storage containers, which I converted into rooftop-deck restaurants, attracting customers using bright colours. We use social media heavily for our marketing and customers know our brand strictly from social media platforms,” he said.

“Facing challenges head-on and not deceiving yourself will enable you to come up with viable solutions for your business.”

72
No Result
View All Result