Eastern Cape farmer has big plans to uplift his community

by Tebogo Mokwena
in Agriculture
266 5
0

A young Eastern Cape farmer, who was recently nominated for an award for his strides made in agriculture, says this is only the start of his career. Nkosinathi Makamela, 21, started Lolo Mixed Farming in April 2020, after many years of being involved in subsistence farming with his family. 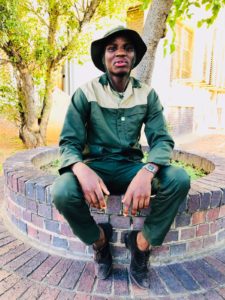 Makamela, who is from Dutywa and is studying Animal Science at the University of Fort Hare, told Vutivi News that his aim was to help end unemployment and poverty through various projects he planned to launch one day. He said he took over the reins of providing for his family when his mother died, as they could not only survive on his father’s pension a child grants for his younger siblings.

Lolo Mixed Farming is involved in vegetable and animal farming. It grows spinach, carrots, beetroot, cabbage and potatoes on 1.5 hectares of land owned by his family. There is also a pig farm with nine pigs.

“My parents were subsistence farmers and farmed and grew enough for us to eat,” he said.

“My mother died in August of 2019, and her death left a gap in the family, meaning someone had to take over the role of provider. When the chickens finished afterward, I saw a need to step up and provide for the family and decided to start my own farm.”

Makamela said he was able to do so after saving money from an allowance he received from the National School Financial Aid Scheme after the university sent students home during the lockdown. He told Vutivi News that the experience he gained from spending time with his parents while they were farming was invaluable and developed his love for agriculture.

“When I was young and my parents were in the field to tend the farm, I would be there helping out. When my mother worked on her poultry farm, I was there,” the farmer said. He currently sold his vegetables to vendors at community and town markets. 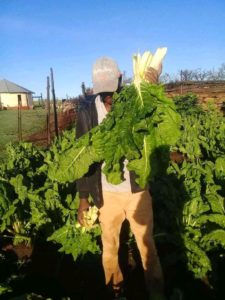 “We only sell the pigs in December because at that time there are a lot of events happening in Dutywa and it is the busiest time of the year for selling pigs,” he said. Besides wanting to curb unemployment, Makamela also aims to provide training and opportunities for those interested in agriculture in the next decade. “I want to open a school where I can take children from Grade 10 to 12 and teach them about farming for a year and give them practical experience for a year after which they obtain a certificate,” he said.

“I also want to provide opportunities for practicals for university students… at my farm,” Makamela said another goal was to own an abattoir in Dutywa and open a shop to sell the farm’s vegetables in the next 10 years.

His efforts in agriculture were recognised by the National Youth Development Agency, where he was nominated by his peers to be the 2021 Trailblazer of the Year. The award acknowledges the impact of young pioneers and innovators, who are contributing to the growth of the country.